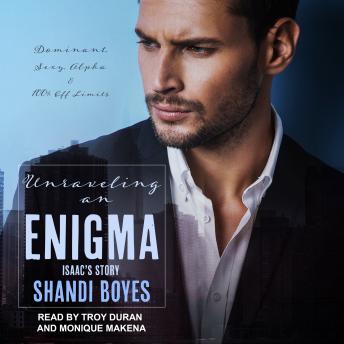 I've known for months that Isabelle was hiding something in her beautiful chocolate eyes. I just had no clue that it was something so mammoth. Over the past five years, I've become accustomed to the vicious ploys some women undertake to capture my attention. The spilled drinks, the damsel in distress. Hell, I've even been propositioned with money from wealthy business associates in my industry just for the chance of occupying my bed for one night.

But Isabelle was by far the most elaborate ruse I've ever come across. The woman that invades my every waking thought is an undercover FBI Agent. A stringent ruse to pry me of privy information no one outside of my inner circle has access to.

I'll give it to her, though. She performed well. She played me like a f*cking fiddle.

Only now, after being arrested by Isabelle, do I realize that all of my assumptions and thoughts I had compiled on her have been terribly inaccurate. I don't really know her at all. She is practically a stranger. Or she will soon become one.