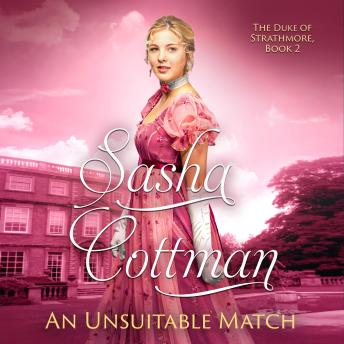 Once engaged to the future Duke of Strathmore, the beautiful Lady Clarice Langham now finds herself in the humiliating position of celebrating his marriage – to another woman. But things begin to look up when handsome and charming rake David Radley makes it clear that, at least as far as he’s concerned, she’s still the catch of the season.

The eldest son of the Duke of Strathmore, David Radley has been raised alongside his father’s legitimate children. But while he is generally received as part of the family, not everyone thinks he should be, and especially not Clarice’s father, the Earl of Langham, who forbids her from having anything to do with him.

David’s been in love with Clarice for years, and it isn’t long before the attraction between them develops into something deeper. Yet he senses Clarice is hiding something and until she reveals her secret, she won’t be free to follow her heart. Despite everything, David will not give up on Clarice, not even when another seems set to claim her.