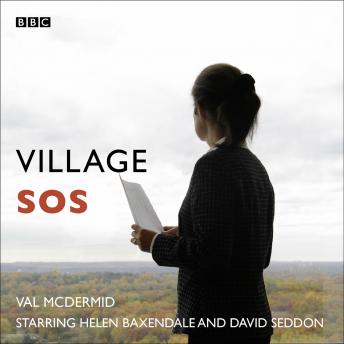 DCI Marion Bettany, played by Helen Baxendale, continues her investigation into Colin Arnott's murder, but the residents of Shilwick are curiously reluctant to help. Colin's plans to turn a deconsecrated chapel into a performing arts centre had ruffled feathers throughout the village, and Bettany wants to know if that's a strong enough motive for murder. Val McDermid is a multi-award winning crime writer, and creator of TV's Wire in the Blood, which stars Robson Green. Set in Shilwick, Village SOS is a fictional version of the BBC One series of the same name. Starring Helen Baxendale, David Seddon, Elaine Claxton, Rachel Bavidge, Adrian Grove, Shaun Prendergast. Producer / Director ..... Fiona Kelcher.