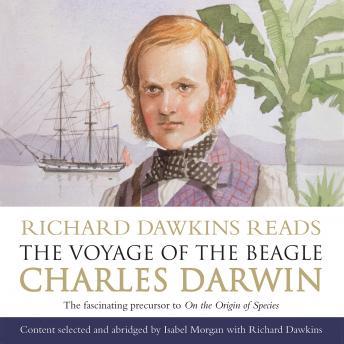 The Voyage of The Beagle

The Voyage of the Beagle - or, to give it its full title, Journal of Researches into the Natural History and Geology of the Countries Visited During the Voyage Round the World of H.M.S. Beagle Under Command of Captain Fitzroy, R.N. - is much more than merely an account of Darwin's scientific observations in his 1831-36 travels across the globe: it is fine travel writing in its own right. The Voyage of the Beagle foreshadows Darwin's life-changing On the Origin of Species, in its constant intellectual quest. Darwin - still only in his early twenties - never just accepts what he sees, but wants to understand it; he shares his thinking in clear, entertaining, witty, even lyrical writing. Read and abridged by highly-acclaimed evolutionist and writer, Richard Dawkins.

Voyage of The Beagle

This title is due for release on September 24, 2009
We'll send you an email as soon as it is available!