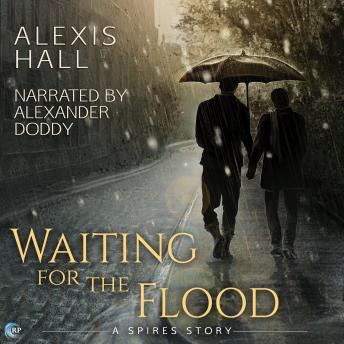 Waiting for the Flood: A Spires Story

People come as well as go.
Twelve years ago, Edwin Tully came to Oxford and fell in love with a boy named Marius. He was brilliant. An artist. It was going to be forever.
Two years ago, it ended.
Now Edwin lives alone in the house they used to share. He tends to damaged books and faded memories, trying to build a future from the fragments of the past.
Then the weather turns, and the river spills into Edwin's quiet world, bringing with it Adam Dacre from the Environment Agency. An unlikely knight, this stranger with roughened hands and worn wellingtons, but he offers Edwin the hope of something he thought he would never have again.
As the two men grow closer in their struggle against the rising waters, Edwin learns he can't protect himself from everything-and sometimes he doesn't need to try.

Waiting for the Flood: A Spires Story

This title is due for release on May 23, 2016
We'll send you an email as soon as it is available!