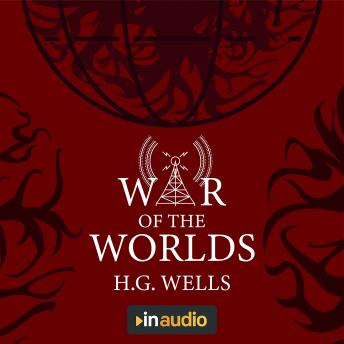 From the father of science fiction comes the story of the fascinating conflict between humans and aliens in The War of the Worlds.
The novel begins with humans watching the skies closely, fascinated with the worlds beyond Earth’s atmosphere. As astronomers and scientists hone in on some strange occurrences on Mars, their observations soon become frightening – humans are not the only intelligent beings, and those other beings are also curious about humans.
Alien spacecraft starts crashing into England and as Martians emerge from the ships, they begin terrorizing the Earth and bringing destruction with every step. Cities are burned, families are torn apart, and human military power proves weak in the face of an unknown enemy. Humans will fight to protect their home planet, but at what cost?
The War of the Worlds is a story about surviving in the face of destruction, the human desire to protect one’s home and loved ones, and a fascinating glance of how a harmful alien invasion could play out on Earth.
H.G. Wells remains one of the most important voices of the science fiction genre, and The War of the Worlds was one of the earliest works alien-based fiction, a trope that remains popular to this day.