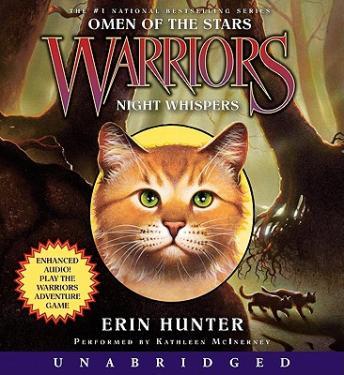 Erin Hunter's #1 nationally bestselling Warriors series continues in Warriors: Omen of the Stars-now featuring fierce new art. The third book in this fourth series, Warriors: Omen of the Stars #3: Night Whispers, brings more adventure, intrigue, and thrilling battles to the epic world of the warrior Clans.
As tensions grow between the Clans, Jayfeather, Lionblaze, and Dovepaw realize that evil is sometimes no more than a whisker's length away. Meanwhile, one cat will make a stand for what is right-and another may be lost forever.