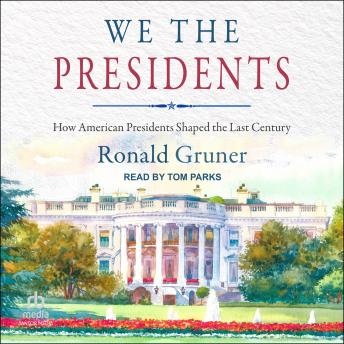 We the Presidents: How American Presidents Shaped the Last Century

Rather than politics, We the Presidents focuses on the issues which affect Americans today. Soaring inflation, resurgent nativism, income inequality, budget deficits, the Ukraine crisis, and other critical issues, all have their roots in presidential administrations over the past century. For example:

- President Clinton's encouragement of NATO's eastward expansion after the end of the Cold War contributed to Russia's evolution into a dangerous adversary.

- Presidents Reagan, Clinton, and GW Bush promoted the deregulation of the financial industry which fueled explosive growth in the industry but later contributed to the 2008 Financial Crisis.

The author's engaging and straightforward writing brings alive a century of presidencies and how their actions have led to what America, and the world is today.

This title is due for release on October 25, 2022
We'll send you an email as soon as it is available!