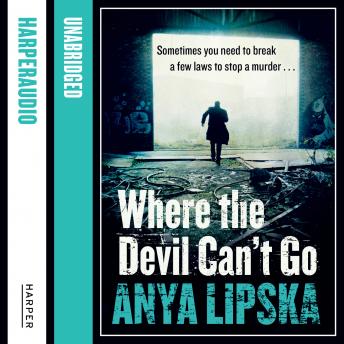 Where the Devil Can’t Go

THE FIRST KISZKA AND KERSHAW MYSTERY


A naked girl has washed up on the banks of the River Thames. The only clue to her identity is a heart-shaped tattoo encircling two foreign names. Who is she – and why did she die?


Life’s already complicated enough for Janusz Kiszka, unofficial 'fixer' for East London’s Polish community: his priest has asked him to track down a young waitress who has gone missing; a builder on the Olympics site owes him a pile of money; and he’s falling for married Kasia, Soho’s most strait-laced stripper. But when Janusz finds himself accused of murder by an ambitious young detective, Natalie Kershaw, and pursued by drug dealing gang members, he is forced to take an unscheduled trip back to Poland to find the real killer.


In the mist-wreathed streets of his hometown of Gdansk, Janusz must confront painful memories from the Soviet past if he is to uncover the conspiracy – and with it, a decades-old betrayal.

Where the Devil Can’t Go

This title is due for release on March 20, 2014
We'll send you an email as soon as it is available!