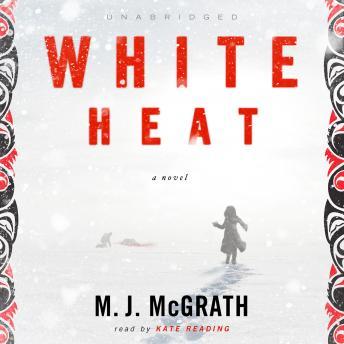 A riveting Arctic mystery that marks the fiction debut of a “wickedly talented” writer (New York Times)
Half Inuit and half outsider, Edie Kiglatuk is the best guide in her corner of the Arctic. But as a woman, she gets only grudging respect from the elders who rule her isolated community on Ellesmere Island. When a man is shot and killed while out on an “authentic” Arctic adventure under her watch, the murder attracts the attention of police sergeant Derek Palliser. As Edie sets out to discover what those tourists were really after, she is shocked by the suicide of someone very close to her. Though these events are seemingly unrelated, Edie’s Inuit hunter sensibility tells her otherwise. With or without Derek’s help, she is determined to find the key to this connection—a search that takes her beyond her small village and into the far reaches of the tundra.
White Heat is a stunning debut novel set in an utterly foreign culture amid an unforgiving landscape of ice and rock, of spirit ancestors and never-rotting bones. A suspense-filled adventure story that will captivate fans of Henning Mankell’s bestselling mysteries, this book marks the start of an exciting new series.