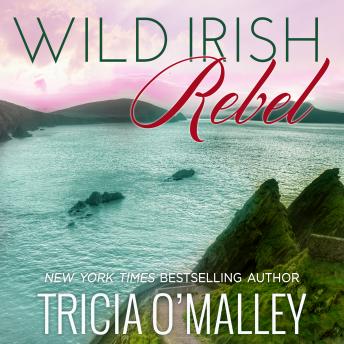 Morgan McKenzie has been on her own since she ran away from a nightmarish foster home at the age of sixteen. Afraid to put down roots again only to be hurt once more, Morgan prefers to be constantly on the move until she is inexplicably pulled to the small Irish town of Grace's Cove. Before she knows it, Morgan is settling in and forming relationships for the first time in her life. Determined to keep her walls up to protect both her heart and the touch of magick she carries, Morgan fights against her growing attraction for the town's golden boy, Patrick Kearney.

Patrick can't keep his eyes off of Morgan. Since the moment he saw Morgan across the dance floor at Keelin's wedding, Patrick has been lost. Pulled in by her beauty and vulnerability, Patrick's frustration grows as his advances are continually rebuffed. Meanwhile, as Morgan rebels against her feelings for Patrick, she is swept into a battle against her own worst demons.