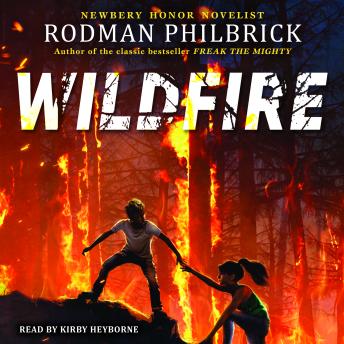 Flames race toward Sam Castine's summer camp as evacuation buses are loading, but Sam runs back to get his phone. Suddenly, a flash of heat blasts him as pine trees explode. Now a wall of fire separates Sam from his bus, and there's only one thing to do: Run for his life. Run or die. Lungs burning, Sam's only goal is to keep moving. Drought has made the forest a tinderbox, and Sam struggles to remember survival tricks he learned from his late father. Then, when he least expects it, he encounters Delphy, an older girl who is also lost. Their unlikely friendship grows as they join forces to find civilization. Along the way, they cross paths with arsonists who are torching property built by outsiders. "If you're from away, stay away!" they scream-and turn their rage on Sam and Delphy.
The pace never slows, and eventually flames surround Sam and Delphy on all sides. A powerful bond is forged that can only grow out of true hardship-as two true friends beat all odds and outwit one of the deadliest fires ever.