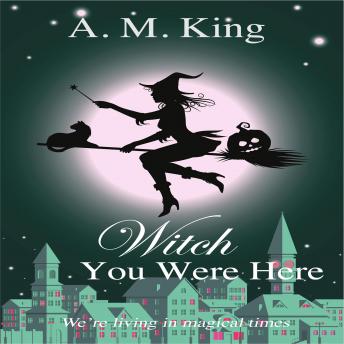 After years of dating Mr. Wrong, Febe's finally met Mr. Right. Trouble is, she can never tell him she's a witch.
Will that change everything between them if he finds out?
Meanwhile, Mr. Dawes, her creepy neighbor's real identity is revealed. A suspicious death during the Blackshore Bay's Festival of Witchesto celebrate the 326-year anniversary of the end of the Salem witch trials, is written off as an accident.
But Febe knows differently. There's a killer on the loose-and they're so good, he or she is making the deaths look natural. Now Febe is racing against the clock to prove a crime has been committed-before the killer strikes again.
The Summer Sisters Witch Cozy Mystery series:
Witch Happens (Book 1)
Life's a Witch (Book 2)
Witch You Were Here (Book 3)
Witchful Thinking (Book 4) coming soon