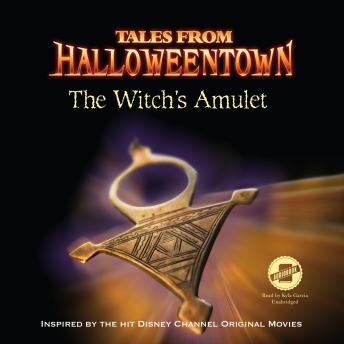 The Witch's Amulet: Tales from Halloweentown

This original junior novel is based on the popular characters from the four Halloweentown Disney Channel Original Movies.

It's summer break at Witch University, but Marnie and Dylan Piper have their broomsticks in high gear! Marnie has her hands full as a Resident Advisor-and is keeping an eye on her younger sister, Sophie, who has enrolled in the University's junior sorcery school. Dylan's working as a lab assistant to Professor La Biel, a powerful warlock who's developing a youth serum. But when La Biel steals The Gift, an amulet that gives its wearer ultimate power over hearts and minds, will Marnie have the power to defeat the cunning warlock, or will her entire family fall under La Biel's spell?