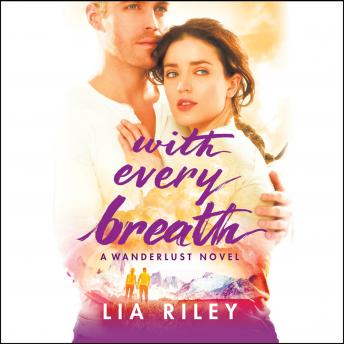 BREATHE DEEP . . . AND JUMP IN At the ends of the earth, Patagonia is a land where ambition trumps reason and the savage summit of La Aguja lures the most determined climbers. It's also the last spot a 'play-it-safe girl' like Auden Woods expects to find herself. But she'll lace up her brand-new hiking boots and do whatever it takes to secure a dream job at an adventure magazine . . . even if it kills her. And it just might. When disaster strikes, her only chance at survival comes in the form of the surliest, sexiest mountaineer ever to come out of Scotland. After a climbing accident cost him his brother, professional mountaineer Rhys MacAskill is at the end of his rope. Redemption is not in his future. That is, until a terrifying storm blows a budding journalist into his tent and it's up to him to make sure they both survive until morning. Despite the demons weighing on him, Rhys can't resist the temptation of the charming American and one wild night just isn't enough. Auden and Rhys soon learn there are no shortcuts as they navigate their way between life, death, and atonement, and discover something they never expected-love. 'Riley writes a captivating story from beginning to breathtaking end.' -Publishers Weekly (starred review) on Inside Out