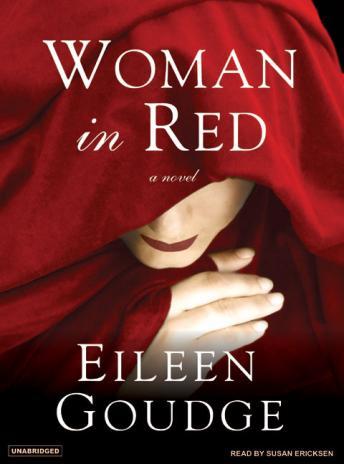 Woman in Red: A Novel

Alice Kessler spent nine years in prison for the attempted murder of the drunk driver who killed her son. Now she has returned home to Gray's Island to reconnect with the son she left behind. Her boy, Jeremy, now a sullen teenager, is wrongly accused of rape, and mother and son are thrown together in a desperate attempt to prove his innocence.

Alice is aided by Colin McGinty, a recovering alcoholic and 9/11 widower, also recently returned to the island in the aftermath of his grandfather's death. Colin's grandfather, a famous artist, is best known for his haunting portrait, Woman in Red, which happens to be of Alice's grandmother. In a tale that weaves the past with the present, we come to know the story behind the portrait, of the forbidden wartime romance between William McGinty and Eleanor Styles, and the deadly secret that bound them more tightly than even their love for each other. A secret that, more than half a century later, is about to be unburied, as Alice and Colin are drawn into a fragile romance of their own and the ghost of an enemy from long ago surfaces in the form of his grandson, the very man responsible for sending Alice to prison.

Woman in Red: A Novel

This title is due for release on July 23, 2007
We'll send you an email as soon as it is available!