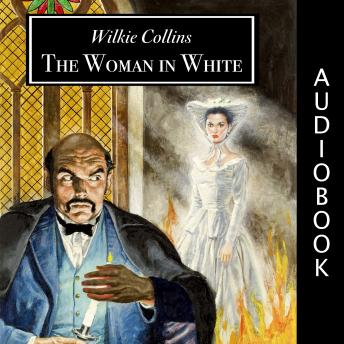 The Woman in White

Considered to be one of the first bestselling mystery novels, The Woman in White was a huge commercial success when it was first published and the riveting tale has continued to enthrall readers ever since.

Mistaken identities, locked rooms, madness, and romance these are a few of the ingredients the author used to inspire "the 'creepy' effect, as of pounded ice dropped down the back," that, according to one of his friends, was Wilkie Collins's aim in writing The Woman in White. Popularly regarded as one of the author's finest works, and widely copied by other writers, this thriller was the prototype for a whole new genre of fiction: the "sensation novel."

A scheming nobleman, a beautiful heiress, and, of course, the enigmatic woman in white a mysterious figure confined to an asylum for the insan are the featured players in an intricate, compelling story that was acclaimed by Henry James and T. S. Eliot.