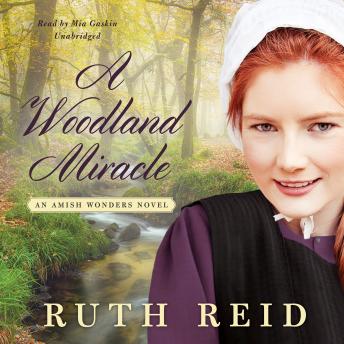 For a disadvantaged young woman and a displaced young man, alasting love is going to take more than chance-it's going to take a miracle.
Muscle weakness has left Grace Wagler with a broken body-andher childhood best friend has left her with a broken heart. She can hold herown in the timber camp (and do everything else the other women in Badger Creek cando), but in an Amish district where women outnumber men three to one, marriageis an unlikely prospect for a girl with bad legs.
Ben Eicher just arrived in Michigan from Pinecraft, Florida.When his most recent shenanigans proved too much for his dad's patience, Benwas sent to the Upper Peninsula to work in the lumber camp-and he's neitherproud of his behavior nor thrilled about his new home.
But when Ben meets Grace, the struggling young woman quicklypiques his curiosity. Of course, the last thing Grace wants is anotherfriendship with a man who pities her. Tired of physical pain and romantic deadends, Grace is ready to leave Badger Creek for the muscle specialist in Ohio,even if it contradicts her father's wishes ... and Ben's.
Meanwhile, two dangerous men have found their way into thedistrict. It isn't long before their unsavory plans ensnare Grace and Ben in achase that will not only endanger their lives but test their love.