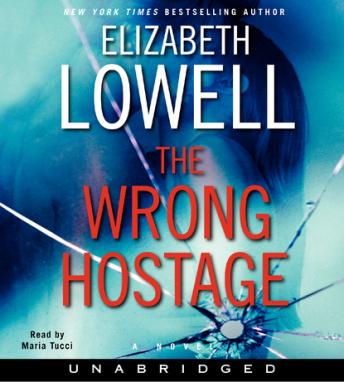 New York Times bestselling author Elizabeth Lowell returns with a chilling tale of the law gone wrong and a kidnapping that threatens more than one life. Orphaned at thirteen, Grace Silva clawed her way out of poverty and violence to become one of the most respected judges on the federal bench. Grace believes in the rule of law -- lives it, breathes it. She has always been buttoned up and buttoned down. Except once.

Joe Faroe has learned that laws are made by politicians, and politicians are all too human. He believes in the innocents, the ones getting ground up by governments that are too corrupt to protect their own citizens. He's been through the political meat grinder himself. It cost him his career, his freedom, and the woman who still haunts him. Since then Faroe has worked outside the rules as a kidnap specialist for St. Kilda Consulting, a Manhattan-based global business that concentrates on the shadow world. He is good at his work -- intelligent, confident, ruthless. Until a friend dies trying to kill him.

Now Faroe is out of the business. Then Grace comes to him and Faroe finds himself sucked back into the shadows, tracking a violent killer who holds the life of Grace's son in his bloody hands.

This title is due for release on June 13, 2006
We'll send you an email as soon as it is available!