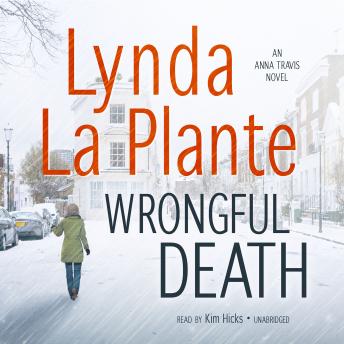 London's Detective Chief Inspector Anna Travis must decide where her loyalties lie, duty to the job or personal ambition, in this masterful tale of suspense from the award-winning, international bestselling author of the Prime Suspect series-one of today's finest crime writers, alongside such talents as Sophie Hannah, Ruth Rendell, Kate Atkinson, and Ian Rankin.

Six months ago, London nightclub owner Josh Reynolds was found dead. Ruled a suicide, the police investigation was closed. Then a young man, awaiting trial for armed robbery, tells his guards that Reynolds was murdered and that he has information to share.

DCI Anna Travis is scheduled to leave for training at Quantico, as part of an exchange between the Met and the FBI. But before she can leave, she's got to review the case, thanks to her boss, DCS James Langton. Joining her team is senior FBI agent and crime scene expert Jessie Dewar.

The American's brash manner quickly ruffles feathers throughout the Met, and what should have been a simple matter of tying up loose ends becomes a political powder keg when the competence of the original investigation team is challenged. Suddenly, Anna is faced with a dangerous choice. Will she close ranks to protect her people or push to find the truth, no matter what the consequences?