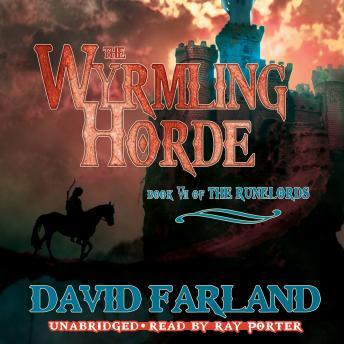 At the end of Worldbinder, Fallion Orden, son of Gaborn, was imprisoned on a strange and fantastic world that he created by combining two alternate realities. It's a world brimming with dark magic and ruled by a creature of unrelenting evil, one who is gathering monstrous armies from a dozen planets in a bid to conquer the universe.

Only Fallion has the power to mend the worlds, but at the heart of a city that is a vast prison, he lies in shackles. The forces of evil are growing and will soon rage across the heavens. Now, Fallion's allies must risk everything in an attempt to free him from the wyrmling horde.

"The Runelords is a first rate tale, an epic fantasy that more than delivers on its promise. Read it soon and treat yourself to an adventure you won't forget."-Terry Brooks

This title is due for release on July 23, 2012
We'll send you an email as soon as it is available!