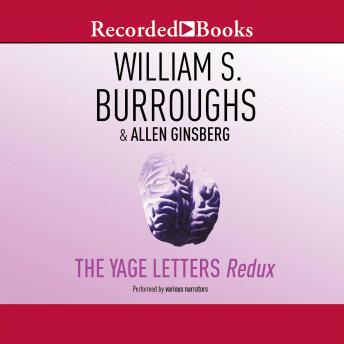 In January 1953, William S. Burroughs began an expedition into the jungles of South America to find yage, the fabled hallucinogen of the Amazon. From the notebooks he kept and the letters he wrote home to Allen Ginsberg, Burroughs composed a narrative of his adventures that later appeared as The Yage Letters. For this edition, Oliver Harris has gone back to the original manuscripts and untangled the history of the text, telling the fascinating story of its genesis and cultural importance. Also included in this edition are extensive materials, never before published, by both Burroughs and Ginsberg. William S. Burroughs is widely recognized as one of the most influential and innovative writers of the twentieth century. His books include Junky, Naked Lunch, and The Wild Boys.