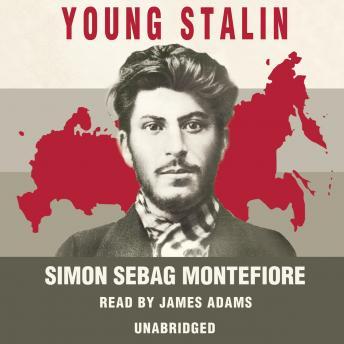 Young Stalin tells the story of an exceptional, charismatic, darkly turbulent young man born into obscurity, fancying himself a poet and a priest, and finally embracing revolutionary idealism as his Messianic mission in life. Equal parts scholar and terrorist, a mastermind of bank robberies, extortion, piracy, and murder, he was so impressive in his brutality that Lenin made him, along with Trotsky, his chief henchman.
Here is Stalin the supreme dictator in the making—his psychology, his loves and hatreds, his intellectual interests, his knowledge of the world—learning how to triumph in the Kremlin and create the USSR in his profoundly flawed image.
Based on exhaustive research and astonishing new evidence, Young Stalin is a brilliant prehistory of the USSR from the perspective of those who would bring it into being.