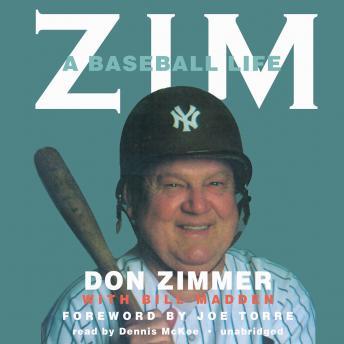 Don Zimmer had his first taste of baseball glory in 1948 as a member of a national champion American Legion team. He was drafted by the Brooklyn Dodgers, only to have his career—and life—threatened when he was beaned in a minor league game in 1953.
After a miraculous recovery, he went on to play for Brooklyn’s only world championship team in 1955, for the LA Dodgers’ first world championship team four years later, and as an original New York Met in 1962. Zim managed the San Diego Padres, Boston Red Sox, Texas Rangers, and Chicago Cubs before becoming Joe Torre’s bench coach during the Yankees’ world championship seasons of 1996, 1998, 1999, and 2000. His career has crossed paths with some of baseball’s most memorable people and events. Here is fifty years of baseball history as seen through the eyes of one of its most colorful characters.

This title is due for release on February 20, 2011
We'll send you an email as soon as it is available!