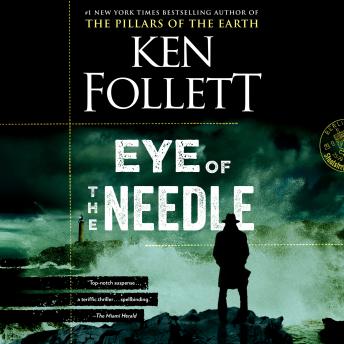 Eye of the Needle

One enemy spy knows the secret of the Allies’ greatest deception, a brilliant aristocrat and ruthless assassin—code name: “The Needle”—who holds the key to the ultimate Nazi victory.Only one person stands in his way: a lonely Englishwoman on an isolated island, who is coming to love the killer who has mysteriously entered her life. Ken Follett’s unsurpassed and unforgettable masterwork of suspense, intrigue, and dangerous machinations of the human heart.

Eye of the Needle