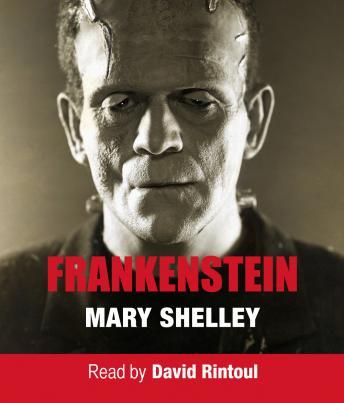 Frankenstein (1818) is the definitive fable about genetic modification gone haywire which is only too relevant to modern times. Victor Frankenstein decides to build a 'man' from assembled body parts stolen from corpses. What results, of course, is a 'monster', but the mastery of Shelley's storytelling leaves a listener asking themselves what a 'monster' really is - and feeling thoroughly frightened.


Victor Frankenstein is a brilliant scientist who has been conducting experiments on the re-animation of lifeless bodies. He has conducted experiments on small animals and is now ready to create life in a man he has assembled from body parts he has been collecting from various sites such as graveyards or the gallows. His fiancée Elizabeth and friend Henry Moritz are worried about his health as he spends far too many hours in his laboratory on his experiments. He's successful and the creature he's made come to life is gentle but clearly afraid of fire. Victor's father, Baron Frankenstein, brings his son to his senses and Victor agrees that the monster should be humanely destroyed. Before they can do so however, the monster escapes, leading to disasterous consequences.

This title is due for release on October 16, 2008
We'll send you an email as soon as it is available!