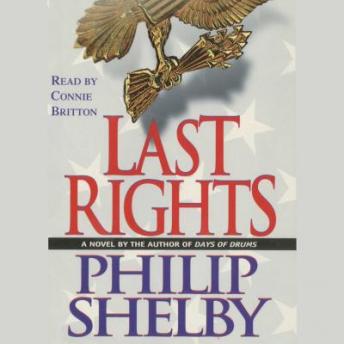 When General Griffin North, a highly decorated African-American icon, is killed in a suspicious plane crash, the special commission deems it a tragic accident caused by mechanical error. But Mollie Smith of the Criminal Investigation Division vows to keep the investigation alive. Certain the General was assassinated, and keenly aware that officals in high places would have stopped at nothing to keep a black man from a possible vice presidential nomination, Mollie intensifies the pitch of her inquiry.

Then Mollie -- her investigation nearly complete -- is found murdered. Rachel Collins, Mollie's protegee and close friend, is left to pick up the scent of conspiracy enveloping the dead. With the help of Mollie's brother, Logan, the head of the hermetically-sealed FBI team tracking domestic terrorists, Rachel comes head to head with the Engineer, an ingenious and ruthless killer whose sole goal is to cut short her inquiry -- and her life.

From its harrowing first scene to its conclusion, Last Rights is a masterfully crafted thriller spinning around an unforgettable heroine. Philip Shelby once again demonstrates that he is among the great thriller authors in America today.

This title is due for release on March 1, 1997
We'll send you an email as soon as it is available!