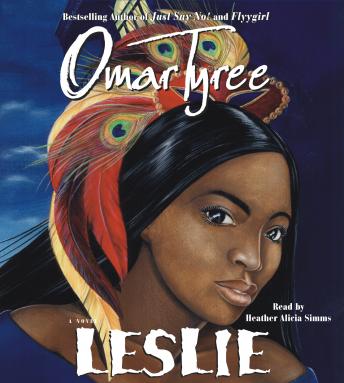 To some she's intelligent and beautiful.
To others she's proud and dangerous.
At the historically black college of Dillard University in the lush mystical city of New Orleans, the beautiful and serious Leslie Beaudet is struggling with a dark secret of power in a world that is pulling her in many different directions.
In the eyes of her Haitian immigrant father, Leslie is a queen who deserves more than the broken dreams and carnage of poverty. To her Black Indian mother, she is a source of pride and strength, a reason for carrying on. To her younger sister, already a mother of two and a high school dropout, Leslie is the only person who cares enough to share her woes. To her brother, she is the victim he failed to protect. To her college peers and teachers, Leslie is a determined, resourceful student, most likely to succeed, yet impenetrably private.
When a series of murders befall her New Orlean's community they point in Leslie's direction. Slowly, her friends and relatives realize they've never really known Leslie -- a complicated young woman terrified of failure, struggling with painful family secrets, praying for security that has eluded everyone around her, and craving the power to change her fate, a power that was hidden from her until now...when it's too late to stop her.

This title is due for release on August 1, 2002
We'll send you an email as soon as it is available!