The Story of My Life: An Afghan Girl on the Other Side of the Sky 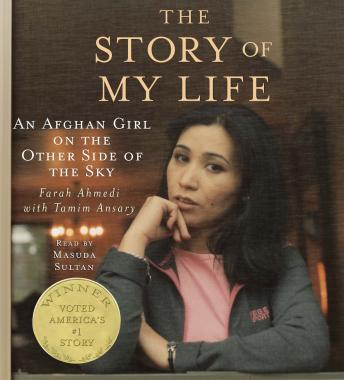 Farah Ahmedi's 'poignant tale of survival' (Chicago Tribune) chronicles her journey from war to peace. Equal parts tragedy and hope, determination and daring, Ahmedi's memoir delivers a remarkably vivid portrait of her girlhood in Kabul, where the sound of gunfire and the sight of falling bombs shaped her life and stole her family. She herself narrowly escapes death when she steps on a land mine. Eventually the war forces her to flee, first over the mountains to refugee camps across the border, and finally to America. Ahmedi proves that even in the direst circumstances, not only can the human heart endure, it can thrive. The Other Side of the Sky is 'a remarkable journey' (Chicago Sun-Times), and Farah Ahmedi inspires us all.

Story of My Life: An Afghan Girl on the Other Side of the Sky

This title is due for release on April 22, 2005
We'll send you an email as soon as it is available!