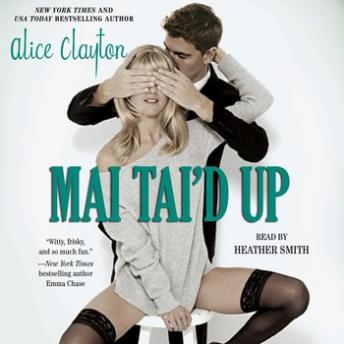 The gossip mill in the seaside community of Monterey is churning about Chloe Patterson, the newcomer who is starting a sanctuary for rescued pit bulls. It’s rumored that she’s a former beauty queen (true) who ditched her fiancé the morning of their wedding (also true). And that while she’s not looking for a new man, the good-looking local veterinarian has his eye on her. Absolutely, positively true.

When Lucas Campbell isn’t at the family veterinary clinic, he’s paddle boarding in Monterey Bay. Recently single, he’s definitely not in the market for a new relationship, but he still can’t resist taking a second, third, and fourth look at the recent arrival of Miss Golden State.

Neither Lucas nor Chloe has any interest in being tied down. Being tied up, however—now there’s a thought. But are a few Mai Tais, a moonlit night, and the music of Frank Sinatra enough to allow them both to forget their past? Let’s hope Ol’ Blue Eyes knows what he’s doing.

Mix one part tiki, one part kinky, and a splash of old black magic matchmaking, and it’s time to be . . . Mai Tai’d Up.

This title is due for release on December 2, 2014
We'll send you an email as soon as it is available!