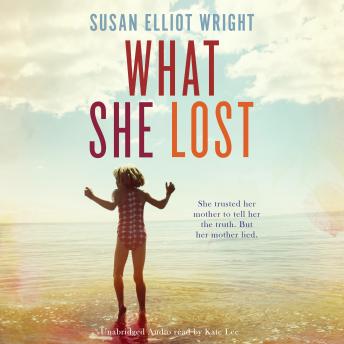 Eleanor and her mother Marjorie have always had a difficult relationship and although they’ve tried, they have somehow just failed to connect.
Now Marjorie has Alzheimer’s, and as her memory fades, her grip on what she has kept hidden begins to loosen. When she calls her daughter to say, ‘There’s something I have to tell you’, Eleanor hopes this will be the moment she learns the truth about the terrible secret that has cast a shadow over both their lives.
But Marjorie’s memory is failing fast and she can’t recall what she wanted to say. Eleanor knows time is running out, and as she tries to gently uncover the truth before it becomes lost inside her mother’s mind forever, she begins to discover what really happened when she was a child – and why…
A story of family and secrets, perfect for fans of Maggie O'Farrell.

This title is due for release on March 9, 2017
We'll send you an email as soon as it is available!