The Heart Is a Burial Ground 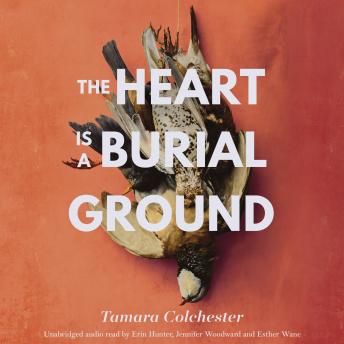 'I will describe it as best I can. This is their story. Or perhaps just mine. Let us begin, again . . .'

A vivid and inventive debut novel about four generations of women in a family, their past and their legacy, which evokes the work of Kate Atkinson, Tessa Hadley and Virginia Baily.

On a brisk day in 1970, a daughter arrives at her mother’s home to take care of her as she nears the end of her life. ‘Home’ is the sprawling Italian castle of Roccasinibalda, and Diana’s mother is the legendary Caresse Crosby, one half of literature’s most scandalous couple in 1920s Paris, widow of Harry Crosby, the American heir, poet and publisher who epitomised the ‘Lost Generation’.

But it was not only Harry who was lost. Their incendiary love story concealed a darkness that marked mercurial Diana and still burns through the generations: through Diana's troubled daughters Elena and Leonie, and Elena’s young children.

Moving between the decades, between France, Italy and the Channel Islands, Tamara Colchester’s debut novel is an unforgettably powerful portrait of a line of extraordinary women, and the inheritance they give their daughters.

Heart Is a Burial Ground

This title is due for release on March 8, 2018
We'll send you an email as soon as it is available!