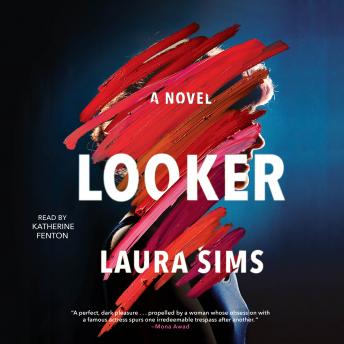 In this “wicked slow burn” (Entertainment Weekly) of psychological suspense, a woman becomes fixated on her neighbor—the actress.

Though the two women live just a few doors apart, a chasm lies between them. The actress, a celebrity with a charmed career, shares a gleaming brownstone with her handsome husband and three adorable children, while the recently separated narrator, unhappily childless and stuck in a dead-end job, lives in a run-down, three-story walk-up with her ex-husband’s cat.

As her fascination with her famous neighbor grows, the narrator’s hold on reality begins to slip. Before long, she’s collecting cast-off items from the actress’s stoop and fantasizing about sleeping with the actress’s husband. After a disastrous interaction with the actress at the annual block party, what began as an innocent preoccupation turns into a stunning—and irrevocable—unraveling.

A riveting portrait of obsession, Looker is “a sugarcoated poison pill of psychological terror” (The Wall Street Journal) and an immersive and darkly entertaining read—“by the end you’ll be gasping” (People).

This title is due for release on January 8, 2019
We'll send you an email as soon as it is available!