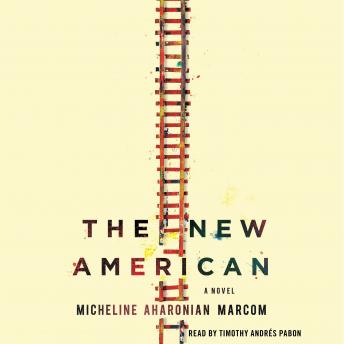 This “harrowing, heartbreaking story” (Kirkus Reviews) depicts the epic journey of a young Guatemalan American college student, a “dreamer,” who gets deported and decides to make his way back home to California.

One day, Emilio learns the shocking secret: he is undocumented. His parents, who emigrated from Guatemala to California, had never told him.

Emilio slowly adjusts to his new normal. All is going well, he’s in his second year at UC Berkeley...then he gets into a car accident, and—without a driver’s license or any ID—the policeman on the scene reports him to Immigration and Customs Enforcement (ICE).

Once deported to Guatemala, Emilio is determined to get back to California, the only home he has ever known. It is an epic journey that takes him across thousands of miles and eventually the Sonoran Desert of the United States-Mexico border, meeting thieves and corrupt law enforcement but also kind strangers and new friends.

Inspired in part by interviews with Central American refugees, and told in lyrical prose, Micheline Aharonian Marcom weaves a “powerful, heartbreaking” (Publishers Weekly) tale of adventure. In The New American, Marcom “depicts inhumanity with visceral force, but her bracing empathy (and hope) shines above all” (Entertainment Weekly). This is a compassionate story of one young man who risks so much to return home.

This title is due for release on August 18, 2020
We'll send you an email as soon as it is available!