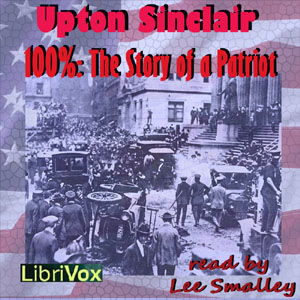 "100%:The Story of a Patriot" dramatically recounts the adventures of a poor uneducated young man who lives by his wits and guile, as he becomes politicized during his involvement in the sometimes violent struggle between American "patriots" and "Reds". The author wrote in the Appendix, which is not included in this recording: "Everything that has social significance is truth.... Practically all the characters in "100%" are real persons." This exciting, polemical novel was published in 1920. Sinclair (1878-1968) wrote nearly 100 novels, many based on industrial abuse. One of his best known, "The Jungle", was influential in initiating the regulation of food safety in the United States. He won the Pulitzer Prize for Fiction in 1943. (Lee Smalley)