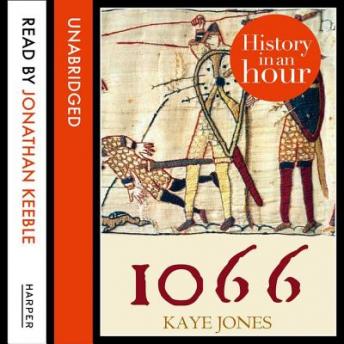 During the year 1066, England had three different kings and fought three huge battles in defence of the realm, including the bloody Battle of Hastings. The result was the Norman Conquest which defined England during the Middle Ages.

1066 in an Hour will guide you through the politics and personalities of the Norman invasion. It will help you understand why William the Conqueror was victorious and introduce you to the new king and subsequent ancestor to the Plantagenets and Tudors.