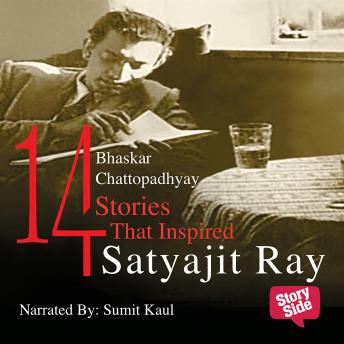 An anthology of short stories that master film-maker Satyajit Ray adapted into films. A rich zamindar has a dream that his daughter-in-law is an incarnation of Kali; a clerk's life turns upside down when he stumbles upon a magical stone which can turn any base metal into gold; a housewife steps out of her lowermiddle-class household into the big city to work as a salesgirl,and is awestruck by its labyrinthine ways; blessed with three magical boons from the king of ghosts, Goopy and Bagha fight the evil plans of the king of Halla and save the kingdom of Shundi; a group of friends run into a self-proclaimed ageless sage who claims to have been friends with Plato, Jesus and Buddha. With short stories from legendary writers like Tagore, Prabhat Kumar Mukhopadhyay, Rajshekhar Basu and Premchand, Fourteen is a beautiful collection of tales Satyajit Ray transformed into films, that have endured and become classics we all love and admire.