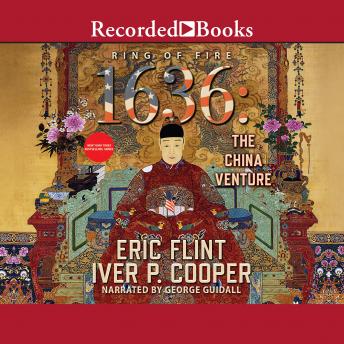 The Ring of Fire Series Continues! The United States of Europe finds itself embroiled in international intrigue, as the uptimers attempt to establish an embassy in Ming Dynasty era China. The newly formed United States of Europe, created by an alliance between the time-displaced Americans from the town of Grantville and the Swedish king Gustavus Adolphus, decides to send an embassy to the Chinese empire. One of the main purposes of the embassy is to establish trade in order to gain access to critical resources. The mission is a gamble-some might say, a long shot. The Ming dynasty is on the verge of collapse and China's rulers are suspicious of foreigners. The mission experiences one setback after another, but presses on. And they gain an important ally along the way: Zheng Zhilong, a former pirate now an admiral for the Ming navy and the head of an extremely wealthy Fujian province trading family. He knows through his Jesuit missionary connections that according to Grantville's history books, the Ming dynasty is in danger, from famines, bandit armies and barbarian invaders. And he is determined that, one way or another, he and his family will survive and even prosper. The embassy is joined as well by a young scholar, who helps them make inroads into China's complex and often dangerous society. Can the up-timers and their friends persuade the imperial dynasty and its mandarins to establish trade and diplomatic relations with the USE? They have one great asset: their knowledge may be the key to saving China from decades of mass suffering and civil war.