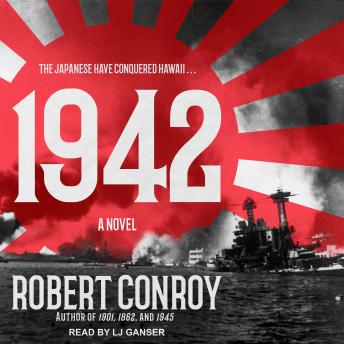 December 7 is 'the date which will live in infamy.' But now Japan is hatching another, far greater plan to bring America to its knees . . .

The Japanese surprise attack on Pearl Harbor was a resounding success-except for one detail: a second bombing mission, to destroy crucial oil storage facilities, was aborted that day. Now, in this gripping and stunning work of alternate history, Robert Conroy reimagines December 7, 1941, to include the attack the Japanese didn't launch, and what follows is a thrilling tale of war, resistance, sacrifice, and courage. For when Admiral Isoroku Yamamoto sees how badly the United States has been ravaged in a two-pronged strike, he devises another, more daring proposal: an all-out invasion of Hawaii to put a stranglehold on the American Pacific Fleet.

Yamamoto's strategy works brilliantly-at first. But a handful of American soldiers and a determined civilian resistance fight back in the face of cruelty unknown in Western warfare. Stateside, a counterassault is planned-and the pioneering MIT-trained aviator Colonel Jimmy Doolittle is given a near-impossible mission with a fleet of seaplanes jury-rigged into bombers. From spies to ordinary heroes and those caught between two cultures at war, this is the epic saga of the Battle of Hawaii-the way it very nearly was . . .