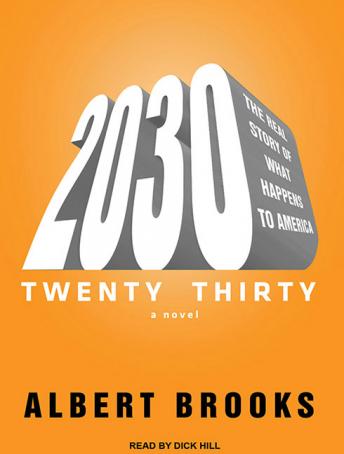 2030: The Real Story of What Happens to America

Is this what's in store?

June 12, 2030, started out like any other day in memory-and by then, memories were long. Since cancer had been cured fifteen years before, America's population was aging rapidly. That sounds like good news, but consider this: millions of baby boomers, with a big natural predator picked off, were sucking dry benefits and resources that were never meant to hold them into their eighties and beyond. Young people around the country simmered with resentment toward 'the olds' and anger at the treadmill they could never get off of just to maintain their parents' entitlement programs.

But on that June 12th, everything changed: a massive earthquake devastated Los Angeles, and the government, always teetering on the edge of bankruptcy, was unable to respond.

The fallout from the earthquake sets in motion a sweeping novel of ideas that pits national hope for the future against assurances from the past and is peopled by a memorable cast of refugees and billionaires, presidents and revolutionaries, all struggling to find their way. In 2030, the author's all-too-believable imagining of where today's challenges could lead us tomorrow makes for gripping and thought-provoking listening.

2030: The Real Story of What Happens to America