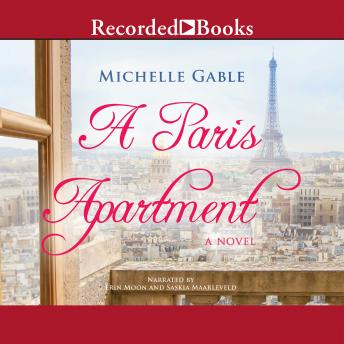 Where Moulin Rouge meets The Paris Wife lies THE PARIS APARTMENT, a rich and colorful work by debut author Michelle Gable. When her boss tells her about the discoveries in a cramped, decrepit apartment in the ninth arrondissement, Sotheby' s continental furniture specialist April Vaught does not hear 'dust' or 'rats' or 'shuttered for seventy years'. She hears Paris. She hears escape. She cannot board the plane fast enough. When she arrives, April quickly learns the apartment is more than just some rich hoarder' s repository. Beneath the dust and cobwebs and stale perfumed air is a literal goldmine and not just in terms of actual dollars. First, there' s a portrait painted by one of the masters of the Belle Epoque. Then there are letters and diaries and a thousand indications the woman who lived there was more than a renowned courtesan with enviable dEcolletage. Suddenly it' s no longer about the bureau plats and Louis-style armchairs that will fetch millions at auction. It' s about a life. Two lives, actually. With the help of a salty Parisian solicitor and hundreds of private documents, April tries to uncover the secrets buried in the apartment. As she digs her fingers into one woman' s life, April can' t help but take a deeper look into her own. When two things she left bubbling back in the states begin to boil over, the problems she thought she had suddenly look quaint, more ancient than the shuttered flat. April starts to wonder if in this apartment, in this life, she' ll ever find what she' s looking for.