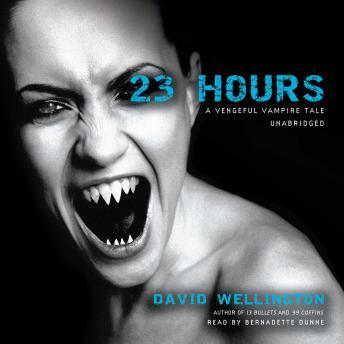 When vampire hunter Laura Caxton is locked up in a maximum-security prison, the cop-turned-con finds herself surrounded by countless murderers and death-row inmates with nothing to lose and plenty of time to kill.

Caxton’s always been able to watch her own back—even when it’s against a cellblock wall. But soon she learns that an even greater threat has slithered behind the bars to join her. Justinia Malvern, the world’s oldest living vampire, has taken up residence, and her strength grows by the moment as she raids the inmate population like an all-you-can-drink open bar of fresh blood. The crafty old vampire knows just how to pull Caxton’s strings, too, and she's issued an ultimatum that Laura can’t refuse. Now Laura has just 23 hours to fight her way through a gauntlet of vampires, cons, and killers.