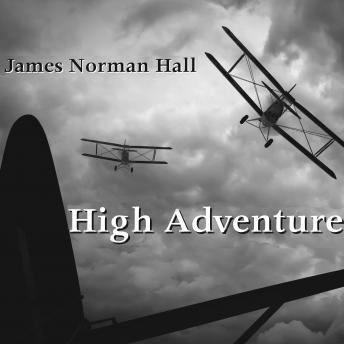 War in the Sky for the first time in history! The first military Air Force, the French Lafayette Escadrille, accepts Americans to train and serve as pilots prior to America's entyr into World War One. James Norman Hall, on of these young men, describes his frightening experiences flying over enemy lines, and his soul searching when commanded to kill. He recounts his training in a French flight school on wooden bi-planes, his warm friebndships with other trainees and a crash landing in German territory. After this periof in his life, Hall eventually settled in Tahiti, married, raised a family and became reacquainted with an old friend and writer, Charles Nordhoff. Together they wrote the famous novel 'Mutiny on the Bounty' and other books, many of which became major motion pictures. The listen2Read American Adventure Library is a series of historic true first person accounts of extraordinary adventures by Americans or by visitors to America. The entire series can be previewed at Listen2Read.com