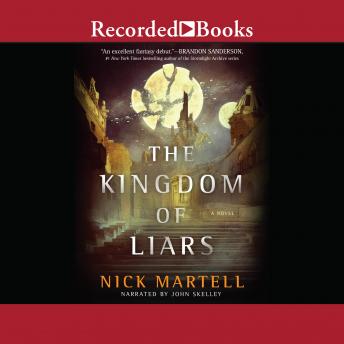 The Kingdom of Liars

In this brilliant debut fantasy, a story of secrets, rebellion, and murder is shattering the Hollows, where magic costs memory to use, and only the son of the kingdom's despised betrayer holds the truth. Michael is branded a traitor as a child because of the murder of the king's nine-year-old son by his father, David Kingman. Ten years later, Michael knows something is there in the hot, white emptiness of his mind that can clear his family name. In a world where memory is the coin that pays for magic, the Hollows is ruled by a royal family that is spiraling into a self-serving dictatorship just as gun-wielding rebels clash against the country's magically trained militia. What the truth holds will completely change the Hollows, and Michael Kingman and his family and friends are determined to do the impossible