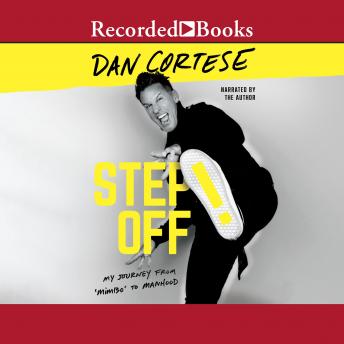 Step Off!: My Journey from Mimbo to Manhood

Recognized from Seinfeld and MTV, Dan Cortese now gives readers a personal and humorous look at the life and career of an American TV actor and host Fans of Veronica's Closet, MTV Sports, What I Like About You, 8 Simple Rules, and Castle will relish this exclusive account of Dan's life and career. Step Off! is a hilarious look inside the eccentric experiences of a Hollywood favorite. He discusses life from his own honest, outrageous Hollywood perspective. Cortese shares the lessons he's learned-and a few he hasn't-working on screen for over two decades as an American actor. He also reveals details about his most rewarding job: being a father. Step Off! is a side-splitting, heart-warming journey through Dan's life and career, showing the hilarious and memorable aspects of acting, fame, and striving to be a super dad. Follow the actor's path from working in a steel mill in Pittsburgh, to the rock-climbing "Mimbo" on Seinfeld, to his life as a father of three. You're sure to laugh with this noteworthy celebrity book from Dan Cortese.

Step Off!: My Journey from Mimbo to Manhood