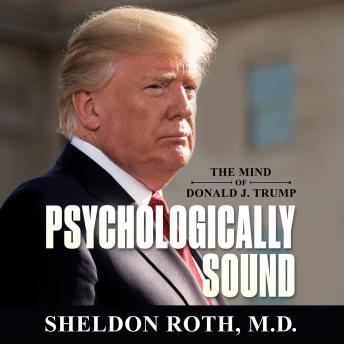 The media and his political foes frequently attack Donald Trump with claims that he is mentally unfit for the presidency. Increasingly, his critics label him 'unstable,' 'crazy,' or 'insane.' But these armchair diagnoses have more to do with a dislike of his policies than any real clinical analysis.

In Psychologically Sound, Sheldon Roth, MD, draws on decades of psychiatric and academic experience to reveal President Trump in a holistic manner-an understandable, stable, even likable person. What emerges is a complex portrait of a man who has been effective and successful in business and politics, but who also has regrets about failings in his personal life.

Drawing on little-known aspects of Trump's background, such as his love for the film Citizen Kane as well as his decades-long friendship with positive-thinking advocate the Reverend Norman Vincent Peale, Dr. Roth paints a portrait of a man who is remarkably complicated, often brilliant, comfortingly human, and most importantly, of completely sound mind.