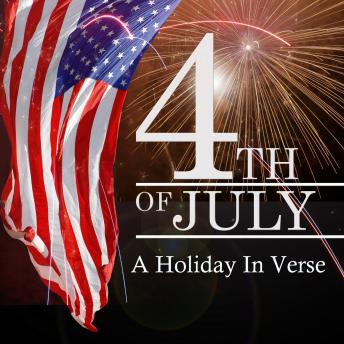 The 4th Of July A Holiday In Verse

The Fourth of July - A Holiday in Verse. On 29th November 1775 Thomas Jefferson said "Believe me, dear Sir, there is not, in the British Empire, a man who more cordially loves a union with Great Britain than I do. But, by the God that made me, I will cease to exist, before I yield to such a connection on such terms as the British Parliament propose, and in this I think I speak the sentiments of America". The War for Independence had already started some months previously and with no prospect of a reconciliation it was on the 4th of July 1776 that the Declaration of Independence was announced by the Continental Congress and that the thirteen colonies no longer considered themselves part of the British Empire and were now an Independent Nation - The United States of America. Their proclamation of independence set human history on a new path. "We hold these truths to be self-evident that all men are created equal. That they are endowed by their Creator with certain inalienable rights that amongst these are life, liberty and the pursuit of happiness. Here our poets reflect on why this day is so proudly celebrated each and every year.

4th Of July A Holiday In Verse