The 50-Percent Theory of Life: A 'This I Believe' Essay 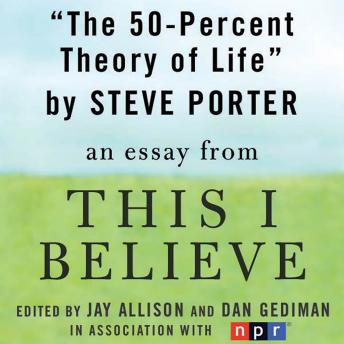 Steve Porter uses his experience on the family farm to explain his '50-Percent Theory of Life' for NPR's This I Believe series.

50-Percent Theory of Life: A 'This I Believe' Essay