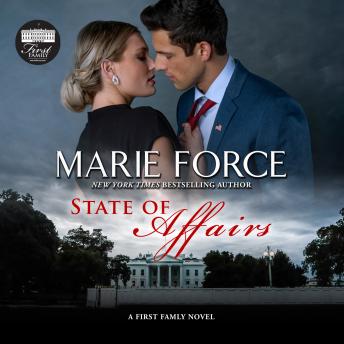 Minutes after Vice President Nick Cappuano and Lt. Sam Holland get the call that President Nelson has been found dead in the residence on Thanksgiving, they're still processing that Nick has been asked to come to the White House to take the oath of office. As they go through the motions to ensure a peaceful transition of power, Sam has a million and one concerns about her husband, her family, the Nelson family, the country, and the enormity of what Nick is about to take on. In the back of her mind is another major concern: What does this mean for her job? No other first lady in history has held a job outside the White House, but she's determined to be the first, to blaze new trails for those who'll follow her. However, she quickly realizes that compromises will have to be made if she's going to continue working as a homicide detective. Sam and Nick's lives become an immediate firestorm of meetings, requests for interviews, difficult questions from their children, and a host of potential landmines to navigate as they make the transition from second to first family. An unexpected issue with a diplomatic trip to Iran quickly thrusts Nick into the thick of his new responsibilities while Sam confronts a murder investigation that may have ties to a cold case from fifteen years ago. As everything around them spins out of control, Sam and Nick take refuge with each other, relying on their unbreakable bond to see them through the storm.