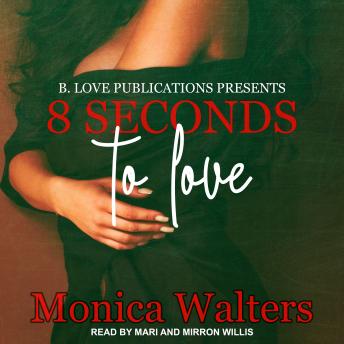 Having her own successful baking business literally fell into Harper Richardson's lap. She's strong, smart, independent, and well-rounded. Her life has already been figured out, and she is living it to the best of her abilities, along with her year-long boyfriend, Zaire.

Harper is given some news that stuns her, leaving her angry with herself for being so naïve. Zaire isn't the man she thought he was. Still reeling from that news, she decides to go and have a great time at the Houston Livestock Show. Her interest was only in the concerts happening, but a certain bull-rider steals her attention. Resisting him only makes her want him more.

Legend Semien, bull-rider extraordinaire and a legend in the making, has made his passion a professional career. He loves the risk and suspense of it all. Being in the limelight of the rodeo circuit, he's cocky and expects to be able to get whatever he wants.

While Harper and Legend are like night and day, they are attracted to each other like magnets. Despite the baggage and complications of their past lives, they attempt to get to know one another. Will they be able to leave their old lives behind in pursuit of a life together?